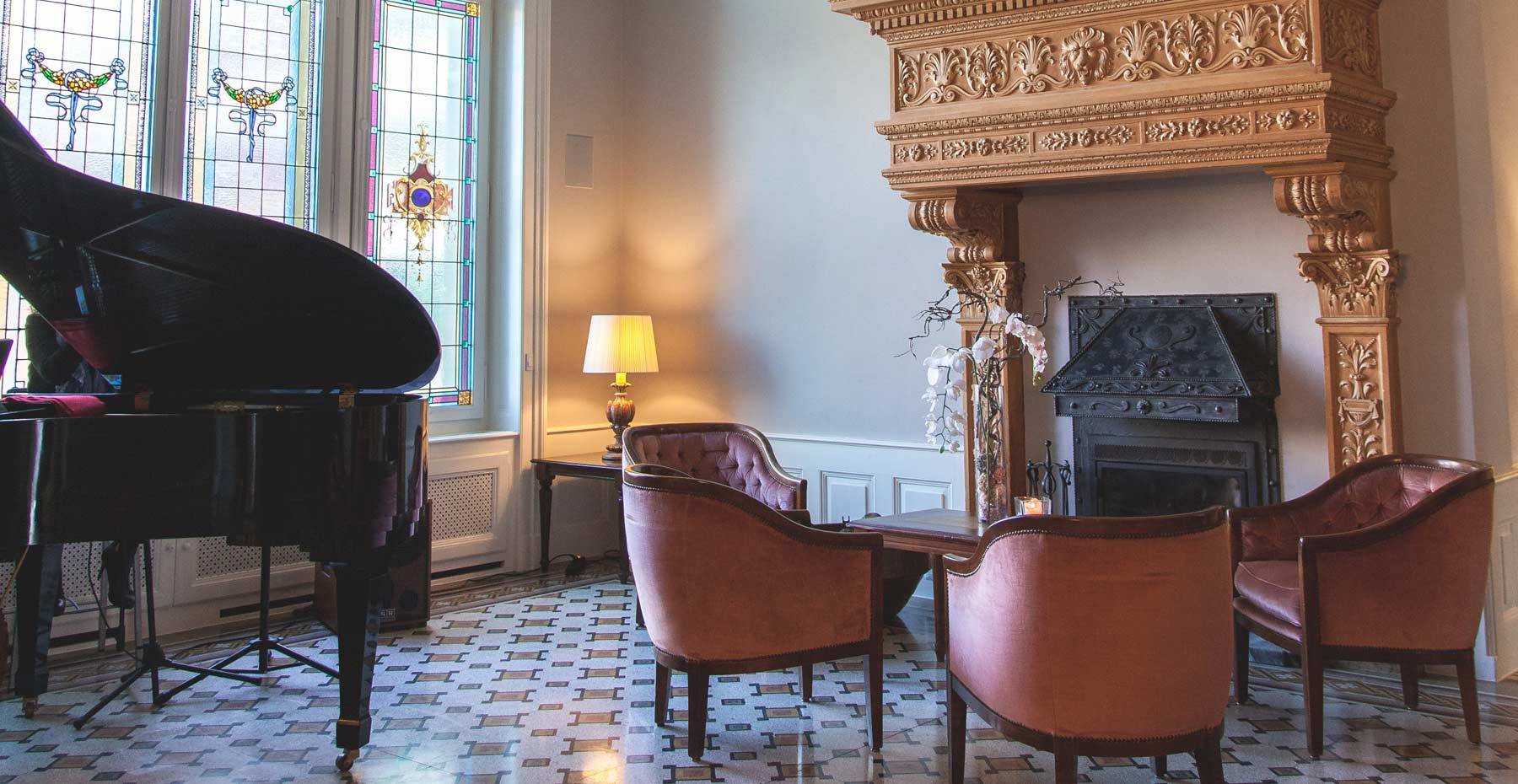 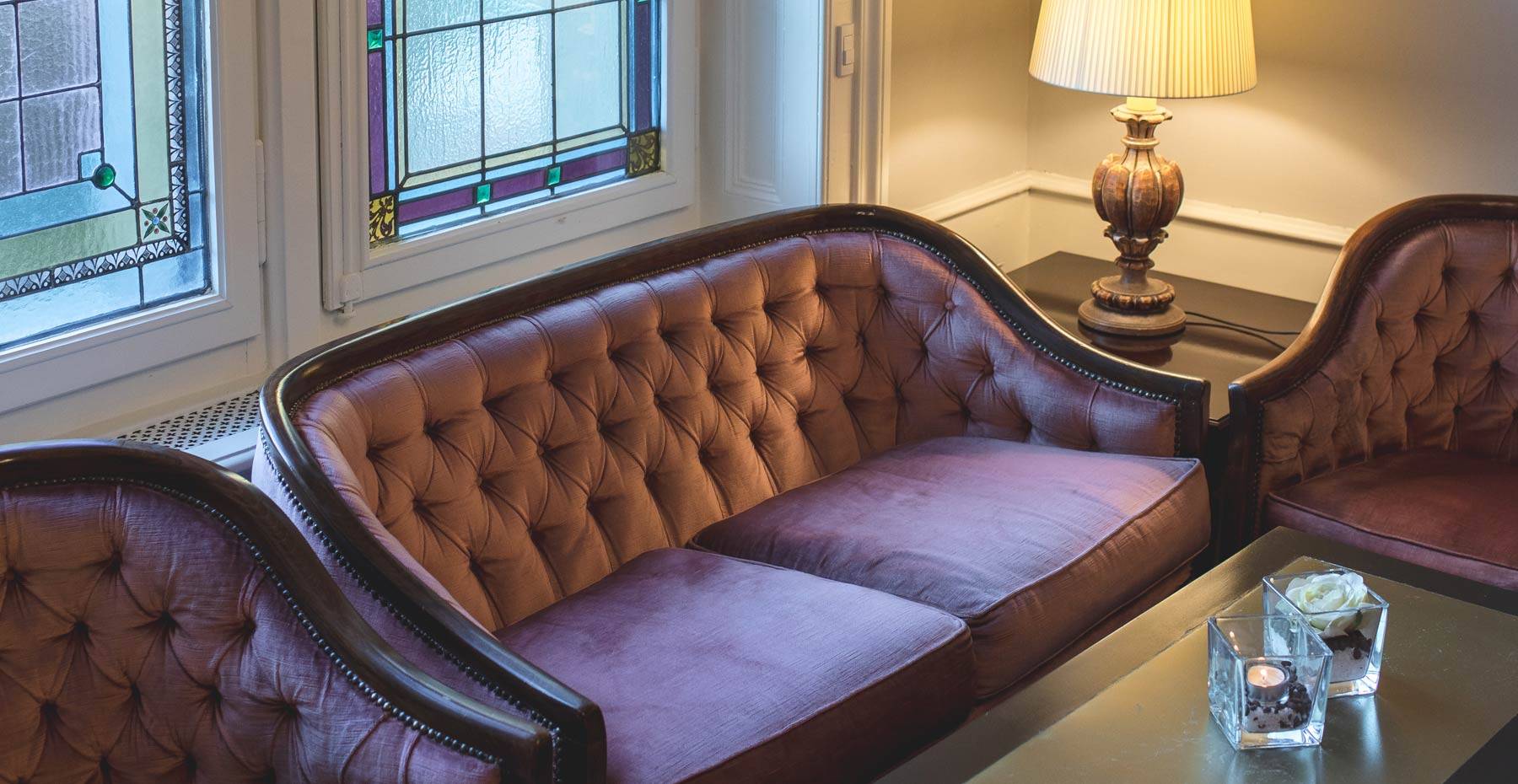 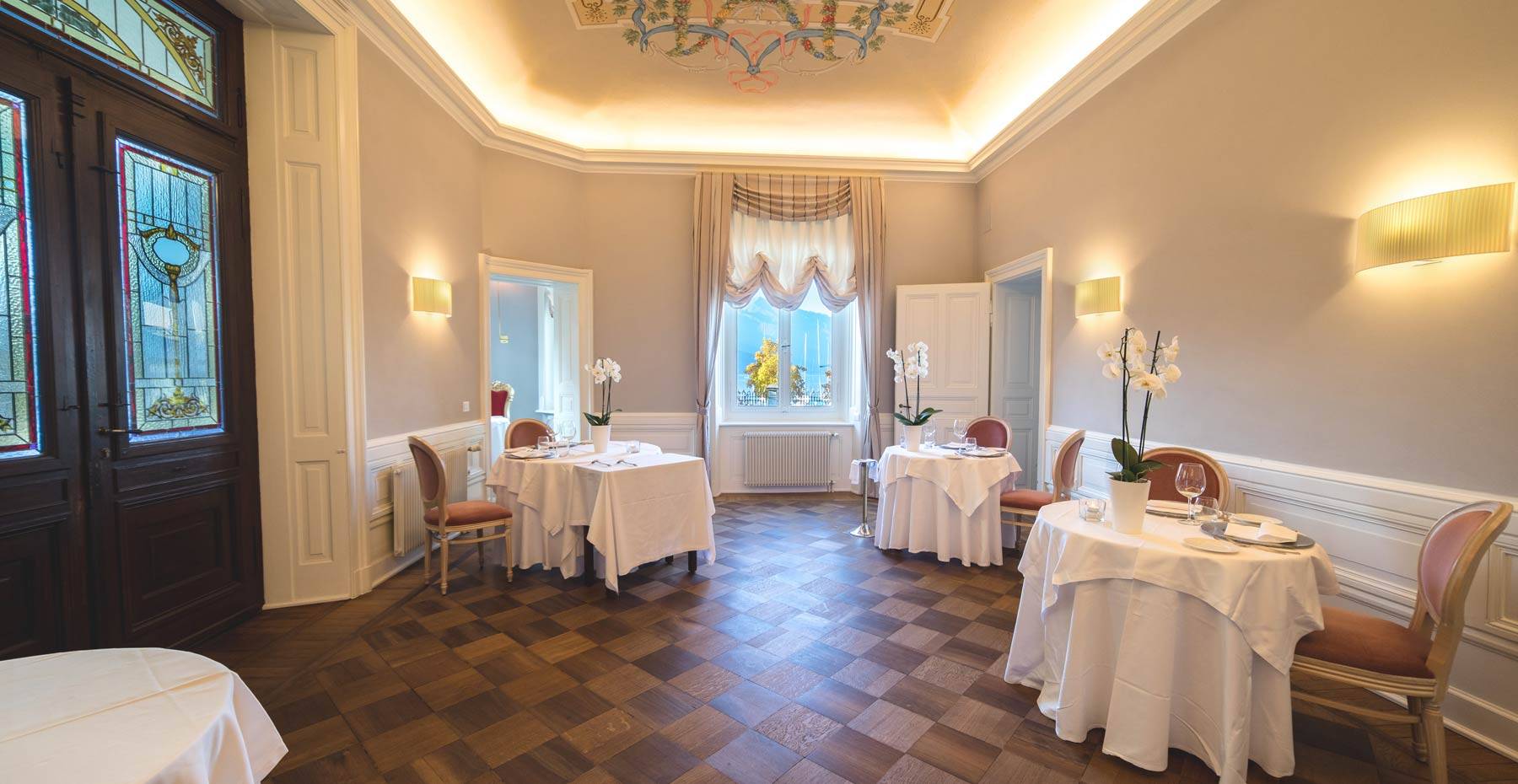 The Villa that hosts Camin Hotel Luino has long been a distinctive feature of the town.

It was built as a private residence in 1898 by the Hussy family, Swiss entrepreneurs originally from the Aargau Canton.

Surrounded by a beautiful garden, the Villa features elegantly decorated ceilings, wooden and stone mosaic floors, colorful stained glass windows and remarkable fireplaces, such as the one in the main room. The influence of the northern culture is also found in the original little tower “a loggiato”.

In the early 1970s, the Luz family, German entrepreneurs, bought the property, uninhabited for a few decades, in a terrible state of conservation and turned it into what we know today as Camin Hotel Luino. The renovation lasted a few years and brought the villa back to its original splendor. 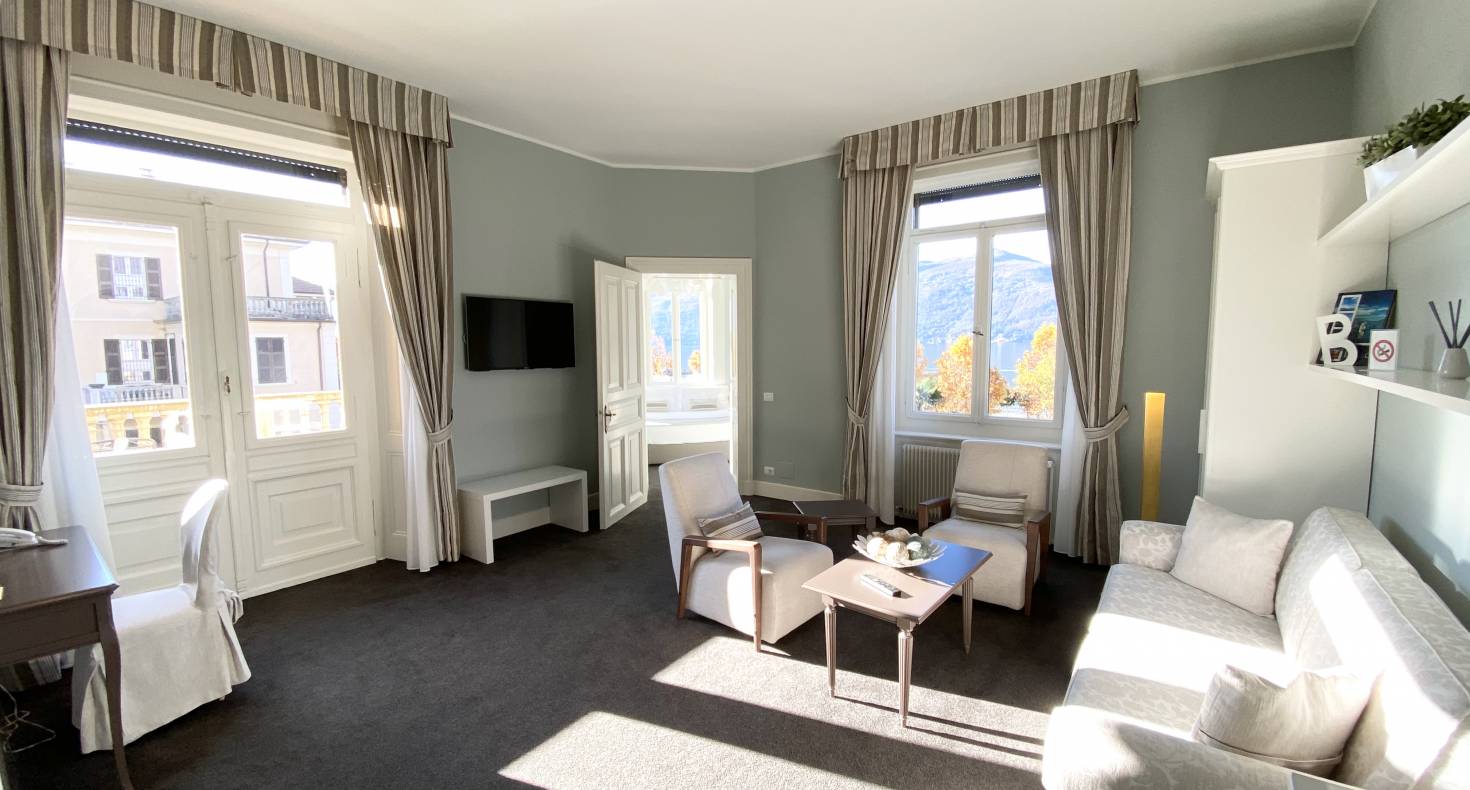 Suite “La Perla”
Our most recently renovated Suite La Perla is spacious, sunny and very welcoming. You will enjoy a wonderful lake view... 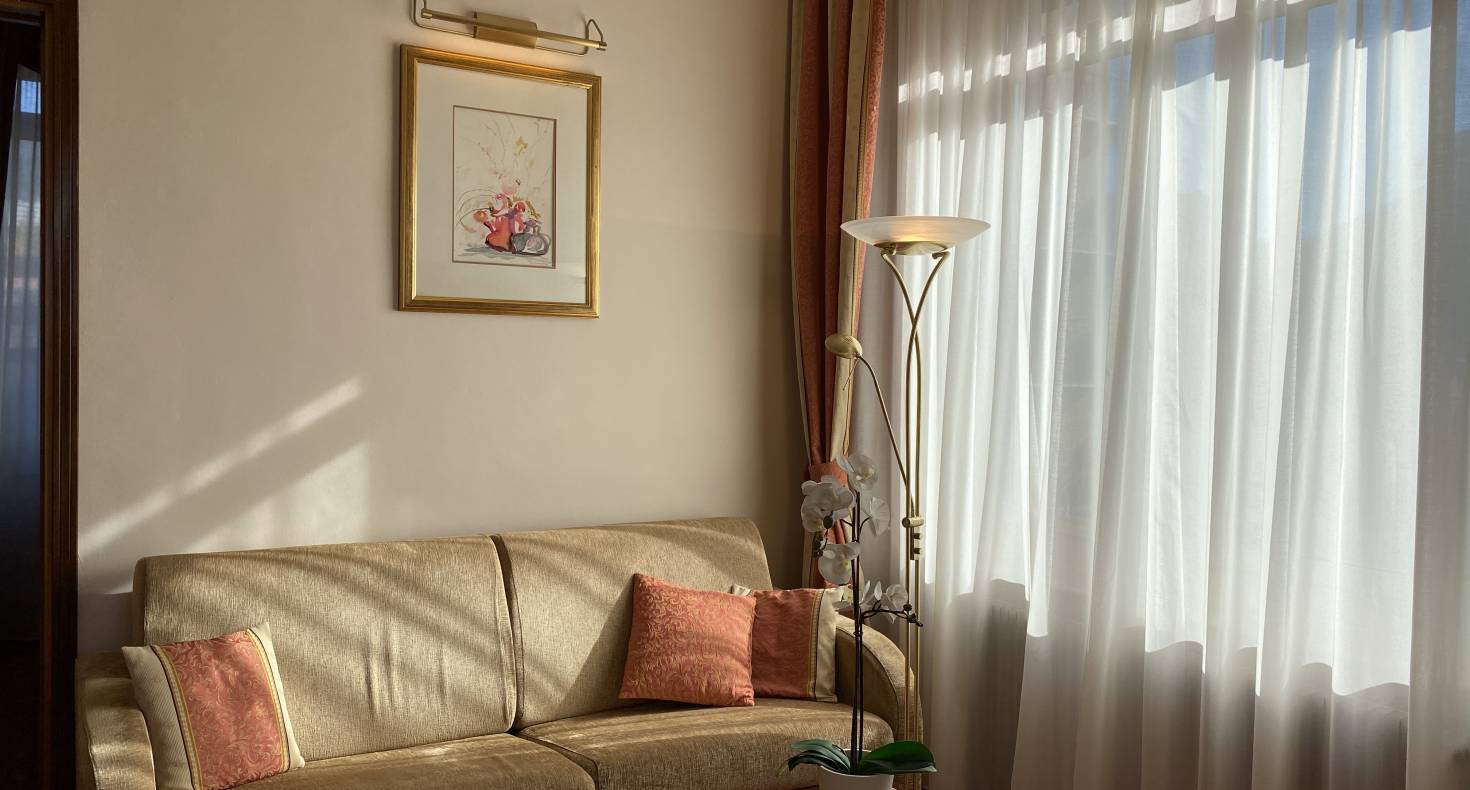 Suite
For a wellness moment: Elegant and comfortable with Whirpool. Let Yourself be seduced by a charming holiday.... 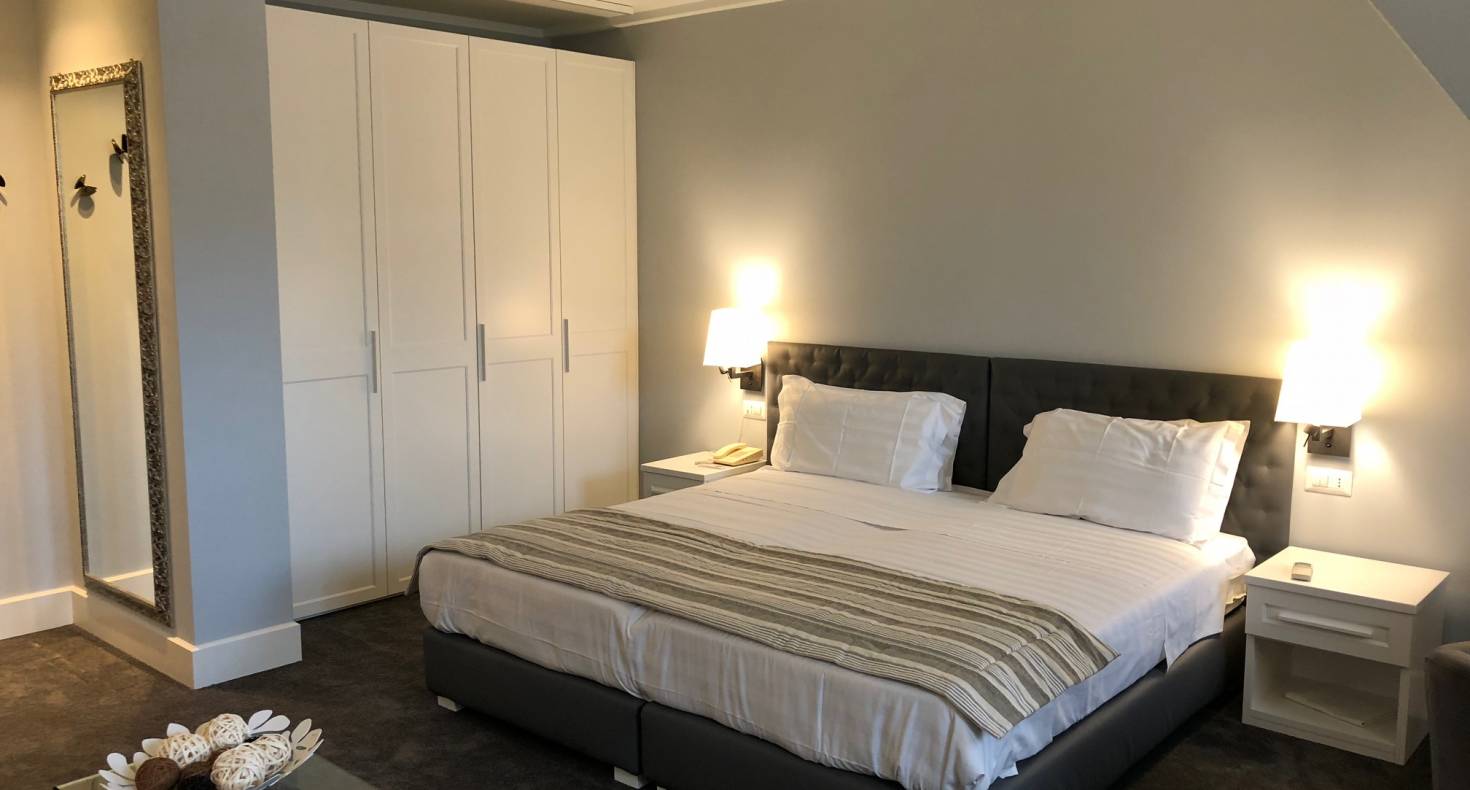 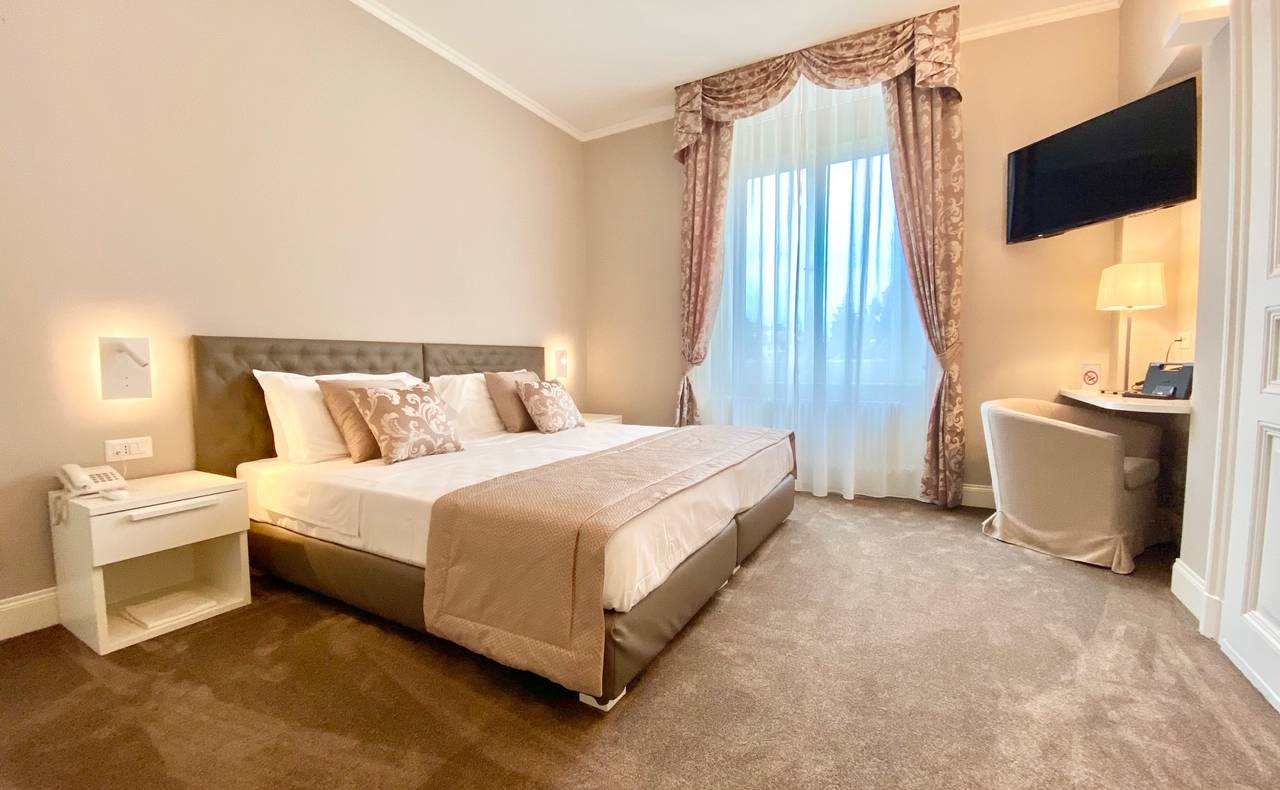 Deluxe Double room
Enjoy a wonderful view of the lake from the window! The deluxe room will offer you an unforgettable vista... 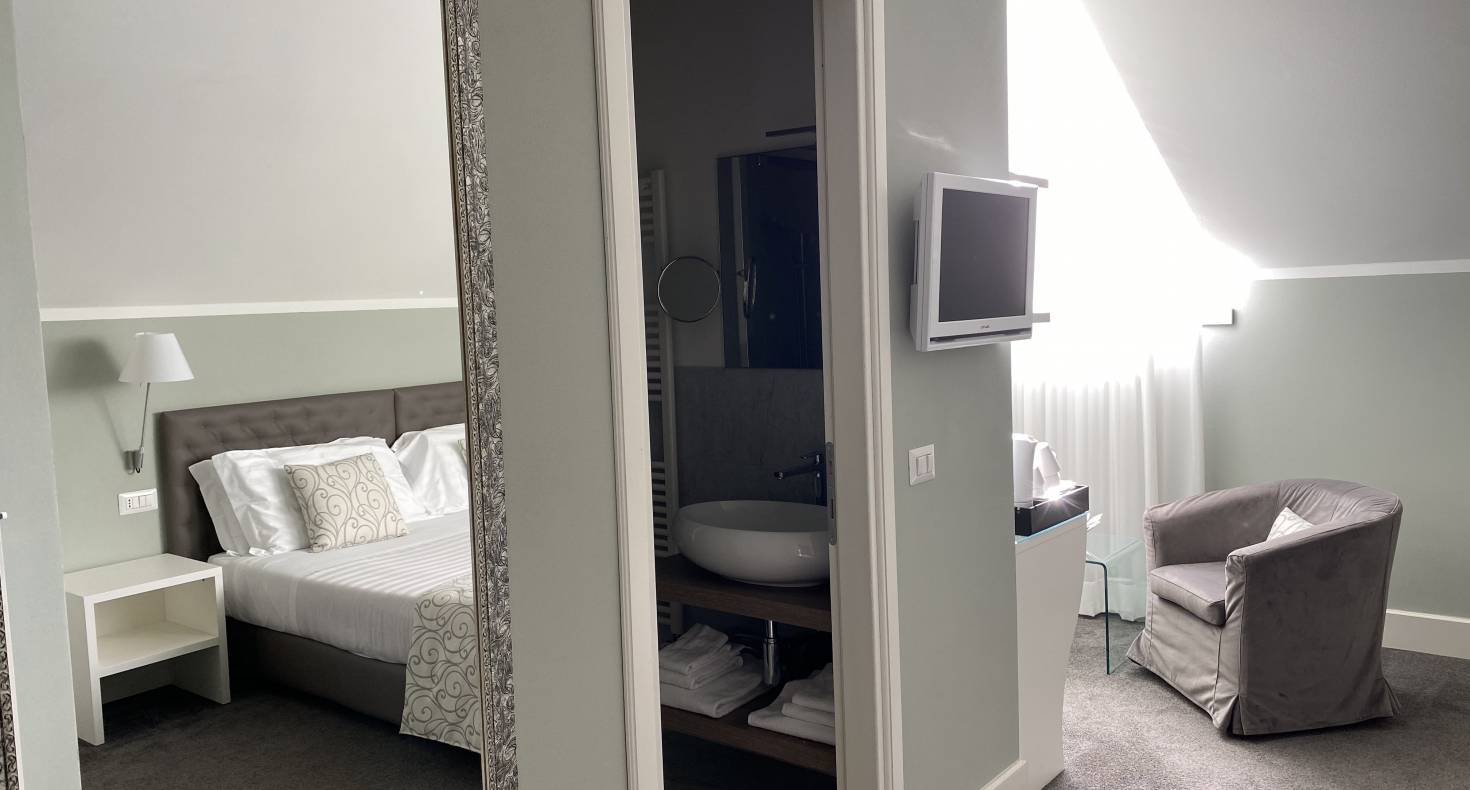 Standard Double room
This room offers comfort and fine furnishings, it is available upon request with stunning views over the lake....
Camin Hotel Luino
There is no offer currently available 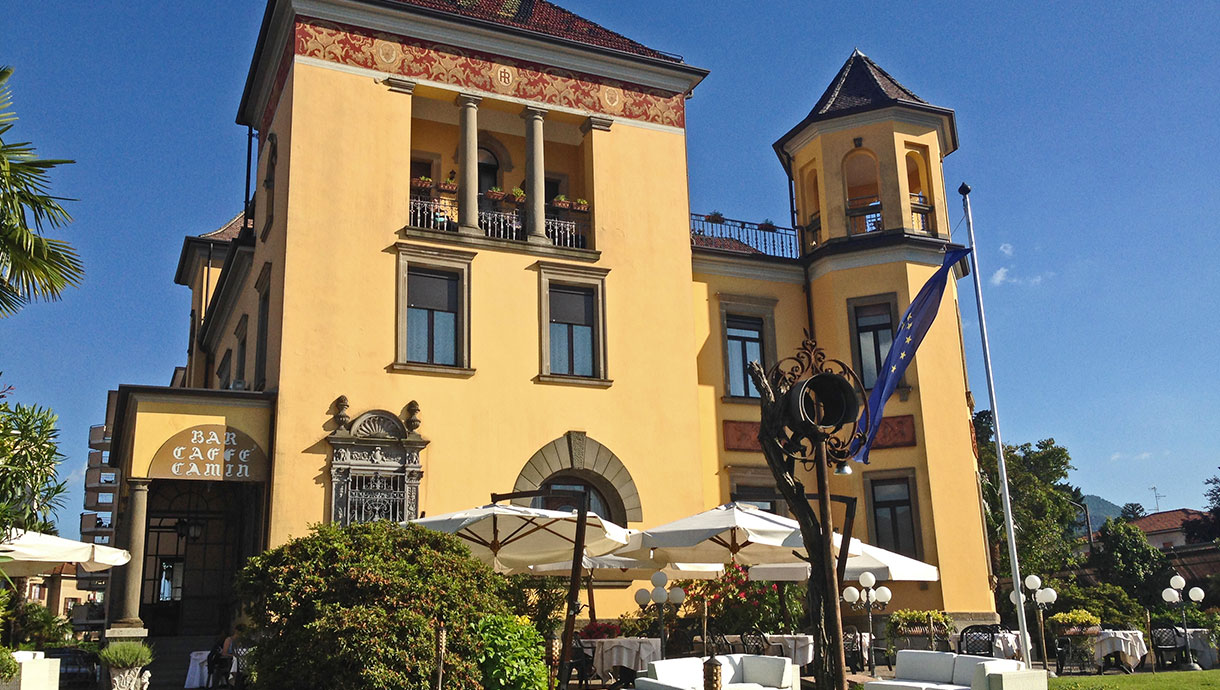 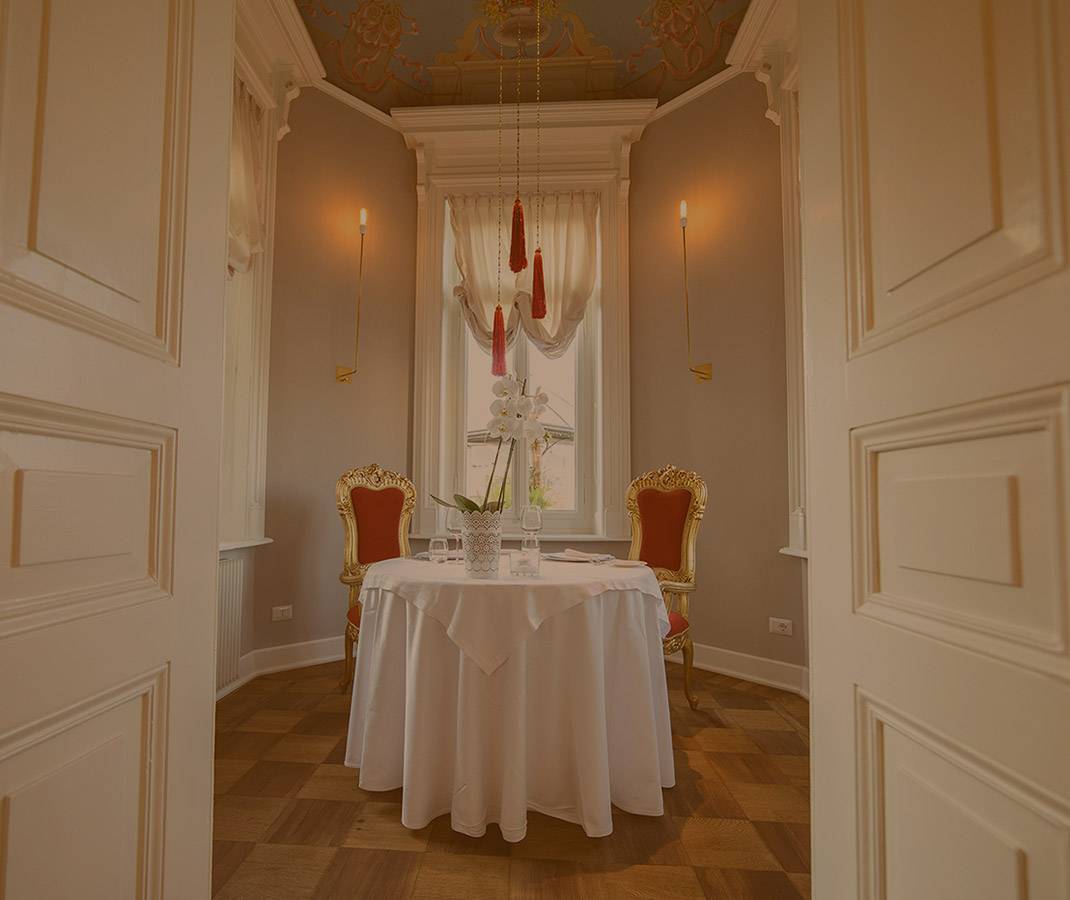 Allow us to entice your senses 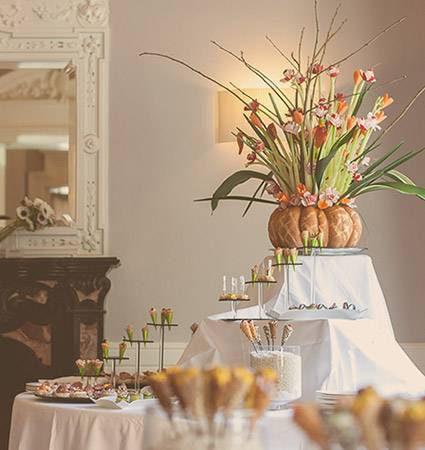 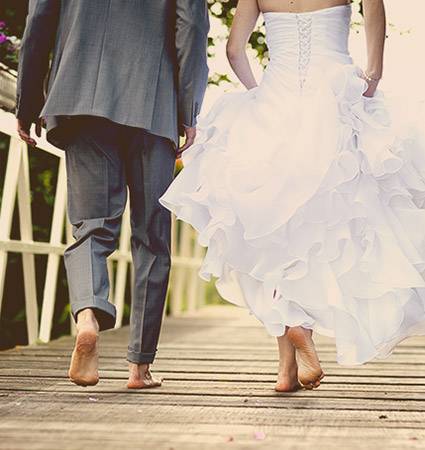